Federation Day is May 9 - let's make it Australia Day

January 26 was not Australia Day until recently - it was originally Foundation Day. It celebrates the arrival of the First Fleet, not the birth of Australia. Australia became a nation by voting to become one: to have National Parliament, sovereign over the former colonies. The real birth of federation was when the first Australian parliament opened: May 9, 1901. This is the only date that can truly be Australia day.

Many will be familiar with Tom Roberts' iconic depiction of the opening of parliament at the Royal Exhibition Building in Melbourne. 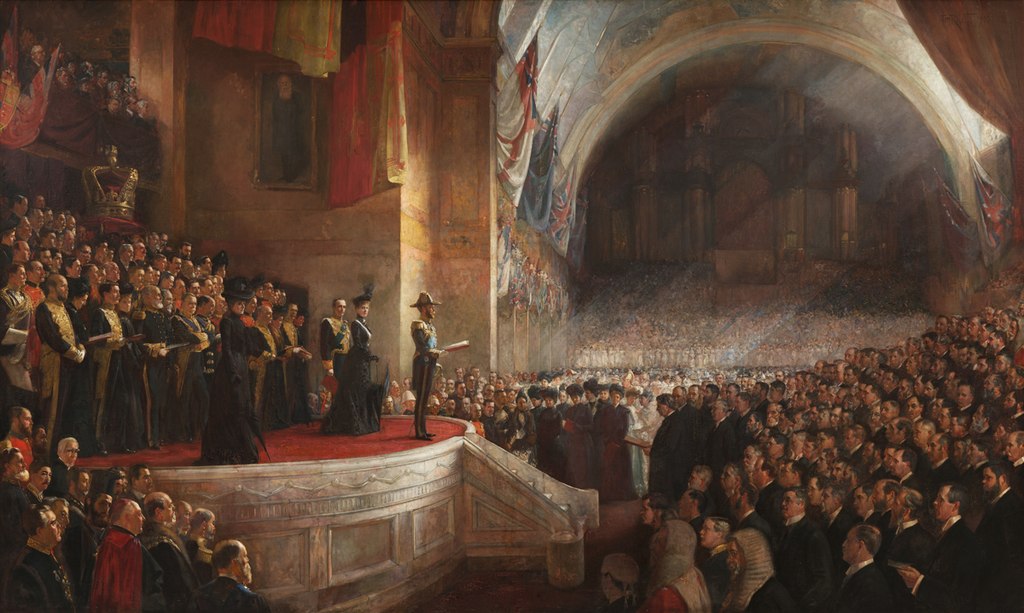 There was also a memorial arch in Sydney. May 1901 was time of national celebration: the birth of a democracy, built by consent and goodwill. Yet the date has been forgotten. May 9, Federation Day, should be Australia's national day, replacing January 26 as Australia Day, which should be renamed Reconciliation Day.

This is a sprig of wattle, the synbol of our land. you can stick it in a bottle, or hold it in your hand.